Tritium watches use tritium radio luminescence which is the use of gaseous tritium, a radioactive isotope of hydrogen to create visible light. Tritium emits electrons through beta decay and when they interact with a phosphor material. Light is emitted through the process of phosphorescence. The overall process of using a radioactive material to excite a phosphor and ultimately generate light is called radio luminescence as tritium illumination requires no electrical energy. It has found wide use in applications such as emergency exit signs, illumination of wristwatches, tritium dive watches and portable, yet very reliable sources of low intensity light, which won’t degrade human night vision, gun sights for night use and small lights, which need to be more reliable than battery-powered lights. Yet not interfere with night vision or be bright enough to easily give away one’s location. Used mostly by military personnel fall under the latter application topic. 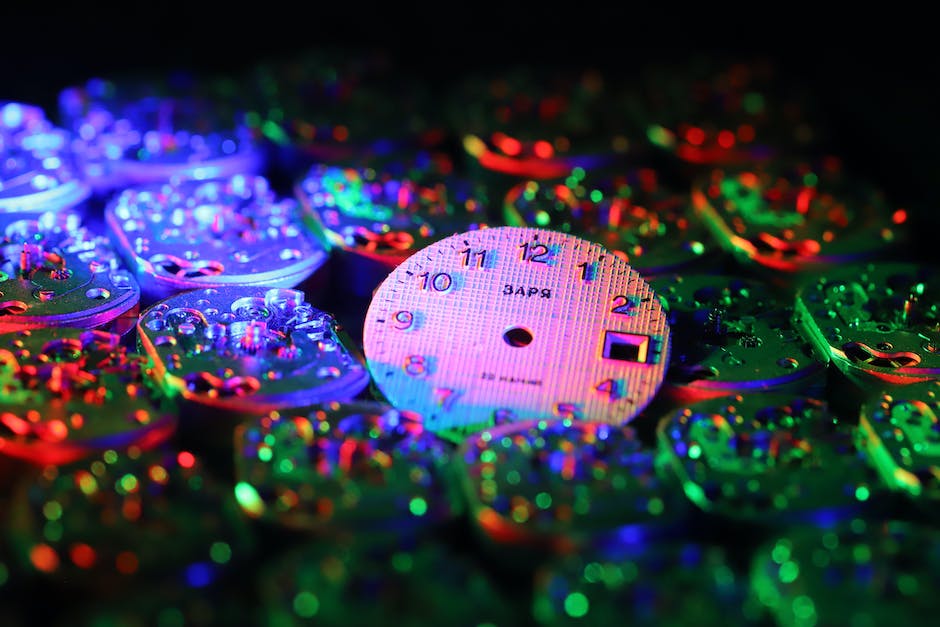 Design tritium lighting is made using glass tubes with a phosphor layer in them and tritium gas inside the tube. Such a tube is known as a gaseous tritium, light source, GT, LS or beta light, since the tritium undergoes beta decay. The tritium inner gaseous tritium light source undergoes beta decay, releasing electrons that cause the phosphor layer to phosphorous during manufacture a length of borosilicate glass tube that has had the inside surface coated with a phosphor containing material is filled with radioactive tritium. The tube is then sealed at the desired length using a carbon dioxide. Laser Baro silicate is preferred for its strength and resistance to breakage in the tube.

The tritium gives off a steady stream of electrons due to beta decay. These particles, excite the phosphor causing it to emit a low glow tritium, is not the only material that can be used for self powered. Lighting. Radium was used to make self luminous paint from the early years of the 20th century until approximately 1970 promethium briefly replaced radium. As a radiation source tritium is the only radiation source used in radio luminescent light sources.

Today, various preparations of the phosphor compound can be used to produce different colors of light. Some of the colors that have been manufactured in addition to the common phosphors are green red. Blue yellow purple orange and white, the GTL s is used in watches, give off a small amount of light, not enough to be seen in daylight, but enough to be visible in the dark. From a distance of several meters, the average such GTL s has a useful life of 10 to 20 years, as the tritium component of the lighting is often more expensive than the rest of the watch itself. Manufacturers try to use as little as possible being an unstable isotope with a half-life of twelve point three two years the rate of beta emissions decreases by half in that period.

Additionally, phosphor degradation will cause the brightness of a tritium tube to drop by more than half in that period. The more tritium that is initially placed in the tube the brighter it is to begin with and the longer its useful life tritium exit signs usually come in three brightness levels: guaranteed for 10, 15 or 20 year useful life expectancies. The difference between the signs is how much tritium the manufacturer installs. The light produced by GTL SS varies in color and size. Green is usually the brightest color and white.

The least bright sizes range from tiny tubes small enough to fit on the hand of a watch to ones the size of a pencil, large tubes, five millimeters diameter and up to 100 millimeters long are usually only found in green and can surprisingly be not as bright As the standard twenty two point, five millimeters by three millimeters sized tritium, this smaller size, is usually the brightest and is used mainly in keychains available commercially topic uses. These light sources are most often seen as permanent illumination for the hands of wrist watchers intended for diving, nighttime or combat use. They are also used in glowing novelty, keychains and in self-illuminated exit signs. They are favored by the military for applications where a power source may not be available, such as for instrument dials in aircraft compasses and sights for weapons. Tritium lights or beta lights were formerly used in fishing lures.

Some flashlights have slots for tritium vials so that the flashlight can be easily located in the dark. Tritium is used to illuminate the iron sights of some small arms. The reticle on the sa80 s optical su SAT sight as well as the LPS 4 by 6 degrees. Tip2 telescopic sight of a PS L rifle contains a small amount of tritium for the same effect as an example of tritium use on a rifle sight. The electrons emitted by the radioactive decay of the tritium cause phosphor to glow, thus providing a long lasting several years and non battery-powered firearms sight that is visible in dim lighting conditions. 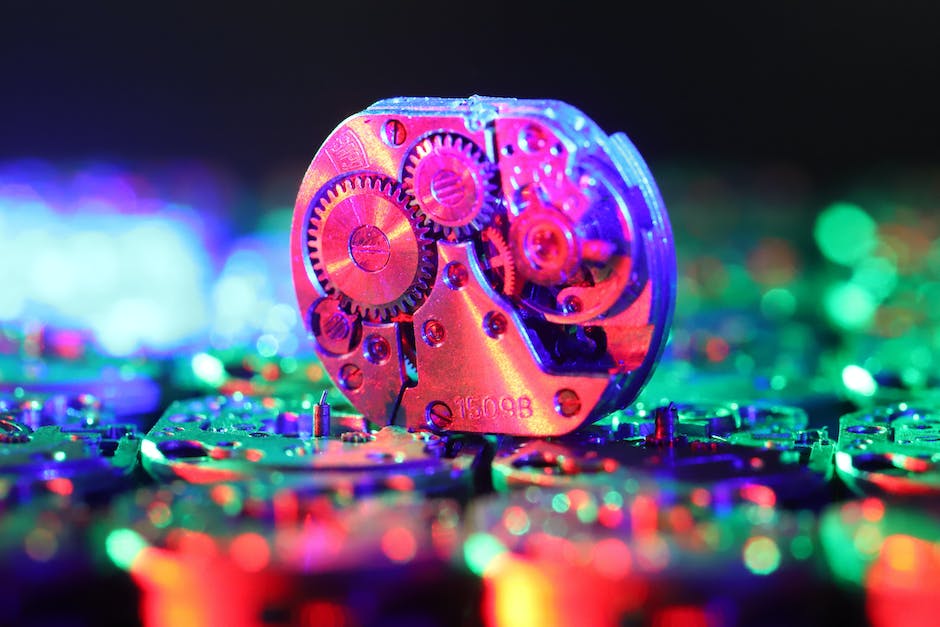 The tritium glow is not noticeable in bright conditions such as during daylight. However, as a result, some manufacturers have started to integrate fiber-optic sites with tritium vials to provide bright high contrast, firearm, sights in both bright and dim conditions, topic safety. While these devices contain a radioactive substance, it is currently believed that self powered lighting does not pose a significant health concern. A 2007 report by the UK government’s Health Protection Agency advisory group on ionizing radiation declared the health risks of tritium exposure to be double than previously set by the International Commission on radiological protection, but encapsulated tritium lighting devices, typically taking the form of a luminous glass tube. Embedded in a thick block of clear plastic prevent the user from being exposed to the tritium at all unless the device is broken apart, tritium presents no external beta radiation threat when encapsulated in non hydrogen permeable containers due to its low penetration depth, which is insufficient to Penetrate intact human skin, however, GTL s devices Durham it low levels of x-rays due to bremsstrahlung, the primary danger from tritium arises if it is inhaled, ingested, injected or absorbed into the body.

This results in the absorption of the emitted radiation in a relatively small region of the body again due to the low penetration depth, the biological half-life of tritium. The time it takes for half of an ingested dose to be expelled from the body is low. At only 12 days, tritium excretion can be accelerated further by increasing water intake to 3 to 4 liters per day. Direct short-term exposure to small amounts of tritium is mostly harmless if a tritium, tube breaks, one should leave the area and allow the gas to diffuse into the air tritium exists, naturally in the environment, but in very small quantities. Topic legislation because tritium is used in boosted, fission weapons and thermonuclear weapons, though in quantities several thousand times larger than that in a key chain.

Consumer and safety devices containing tritium for use in the United States are subject to certain possession resale disposal and use restrictions in the u.s Devices such as self-luminous exit signs, gauges, wristwatches, etc, that contains small amounts of tritium are under the jurisdiction of the Nuclear Regulatory Commission and a subject to possession distribution and import and export regulations found in 10 CFR parts, 30, 32 and 110. They are also subject to regulations for possession use and disposal in certain states. Luminous products containing more tritium than needed for a wristwatch are not widely available at retail outlets. In the United States they are readily sold and used in the UK and US they are regulated in England and Wales by environmental health departments of local councils.

Tritium lighting is legal in most of Asia and Australia. Topic see also list of light sources.

Underwater Scape is a participant in the Amazon Services LLC Associates Program, an affiliate advertising program designed to provide a means for sites to earn advertising fees by advertising and linking to Amazon.com. (As an Amazon Associate I earn from qualifying purchases.)