– Oh man, I am so excited right now. We are currently off the coast of Bimini searching for one of the most intelligent but playful creatures to call the ocean home. That’s right guys, today we’re swimming with dolphins. (upbeat dramatic music) Dolphin stole my bandana! (upbeat inspiring music) (playful music) I’m Mark Vins, and welcome back to Blue Wilderness.

To say we’ve had some close encounters on this show would definitely be an understatement. I mean, who can forget the time I laid beside a lemon shark at the bottom of the ocean on our very first night dive. Or the time we were swarmed by porcupine fish, and I even got to pet one. Or swimming with those big, beautiful tiger sharks at Tiger Beach. Yep, it’s no secret that getting up close and personal is one of our specialties.

But there’s a big difference between witnessing an animal in the wild and actually communicating with one. The Atlantic spotted dolphin is one of the most social, playful, and intelligent animals in all of the sea.

And something almost miraculous happened when we ran into a pod of these incredible creatures off the cost of Bimini. And honestly, I never would’ve believed it myself if I didn’t see it with my own two eyes. Bimini is an island chain that comprises the western most portion of the Bahamas.

And believe it or not, it’s only about 50 miles due east of Miami, Florida. But in many ways, feels like a completely different universe.

It’s said that Bimini was even referenced by Ponce de Leon in his search for the fountain of youth. And it’s pretty easy to see why. The blue waters here are alive and absolutely breathtaking.

On this adventure we teamed up yet again with Jonathan Bird and his Blue World crew for the search of these Atlantic spotted dolphins. But finding them isn’t always easy, and you have to know where to look. And fortunately for us, the crew of our ship, the Dolphin Dream, has been doing this for many years and are world-renowned experts at locating the Atlantic spotted dolphins. They know just where to look and can even identify individual dolphins from these world-famous pods. So believe it or not, we don’t really find the dolphins, they find us.

These dolphins have been playing with the Dolphin Dream for over 40 years. This is a very special population of Atlantic spotted dolphin that do this. You definitely don’t wanna jump in the water with just any pod of dolphins. It can be potentially dangerous and they might not be that friendly. You definitely don’t wanna do this by yourself and you wanna make sure you’re with a professional team if you’re ever going to swim with wild dolphins.

As it turns out, these mammals love boats, and more specifically, they love surfing the wake from the boats, like the Dolphin Dream.

So Mario, Jonathan and I posted up at the bow of the boat and scanned the blue horizon. And after a couple of hours, we spotted them. Or more accurately, they spotted us. Look at them there, right next to the bow.

It was time to jump in. We’re leaving the scuba gear on deck for this adventure because we want to stay as light and as agile as possible. These dolphins are incredibly fast. So the only things we’ll be bringing into the water with us are our snorkel gear, some GoPro’s, and a bandana. Yeah, you heard that right.

A bright red bandana. So these Atlantic spotted dolphins that we’re gonna be trying to play with love colorful things. So these bandanas are sort of an offering or a toy that we’re gonna bring out there into the water with us, and the hope is that it’ll keep the dolphins entertained so we get some really cool shots in the process.

You see, the thing is, these dolphins love to play, and it turns out they are experts at a version of underwater capture the flag. But it doesn’t always work out that well.

Let’s face it, humans are kinda slow and well, boring if you are a dolphin. But we tried to get them interested to play the game anyway. And after some free dives and a little bit of taunting with that bandana, it almost worked. And I began to see the personalities of these dolphins start to come out. In fact, it became clear pretty fast that the Atlantic spotted dolphins are incredible animals.

They have streamlined bodies, perfect for speed and acrobatics. They are known to leap playfully out of the water alongside boats. And they swim in pods anywhere from five individuals all the way up to 100. In other words, these are social animals. Although I wouldn’t fully understand just how social they were until later.

The difference between the adults and the calves was easy to (clears throat) spot. Juveniles are born both smooth and gray, and only develop their spots over time.

And it is estimated that these dolphins can live between 30 and 40 years of age. And they can stay under water for get this, up to 10 minutes at a time. Whoa. 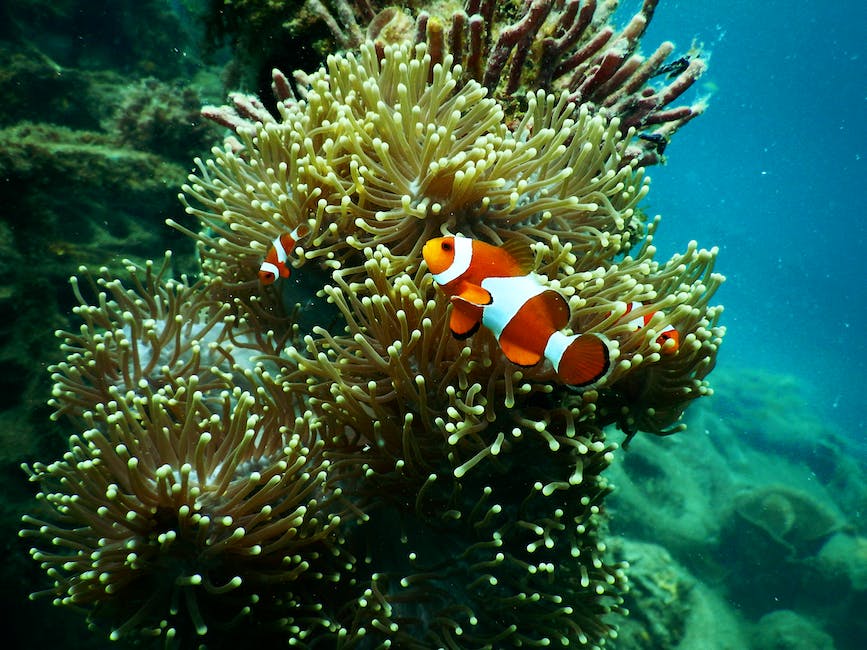 Considering all of that, this was a lot for us humans to keep up with. And as much as we tried, we couldn’t get this pod to take the hint. So, we brought out the sea scooter to sweeten the deal. The sea scooter allowed us to zip around at depth, spin with the dolphins, and play with them at their speed. But unfortunately, this pod just wasn’t into it.

And off they went. Well, we just had about 25 spotted dolphins swimming all around us. Unfortunately, they didn’t hang out very long so we’re gonna get back on a boat so we can go find another group for round two. It’s true that many people have been deeply moved by their encounters with these animals.

And once we are back aboard the Dolphin Dream, I was afraid that we would not get to have this experience for ourselves.

And as the day dragged on, our hopes grew more and more dim. But then, just as the sun started to dip low in the sky, we spotted another pod. Here we go, dolphin time, let’s do it! This time it was a much larger group of dolphins and it was instantly obvious that they were excited and ready for some fun. Their distinct vocalizations and powerful swimming yet again reminded us that we were in their world.

But their nudges and playfulness made us feel welcome and right at home.

The game started with a dramatic free dive of the sea scooter. The dolphins gave chase and what followed seemed to be almost choreographed. They mimicked our swimming, sometimes chasing us, and sometimes allowing us to try to chase them. But they always stayed just a fin ahead.

And that bandana, I decided to give that one more chance. So I dove down as far as I could and let it go. And to my surprise, they took it. Instantly my mind raced with excitement. Let the games begin.

(laughing) The dolphin stole my bandana! As soon as they had the bandana in their possession, they raced around like a well-practiced sports team, passing it back and forth to each other from their tail fins all the way to their pectoral fins, playing a nearly flawless game of keep away. As we all chased around my bandana, which was hilariously always just out of reach, I realized we weren’t just goofing around with these animals, we were communicating with them.

We were communicating in sport. (upbeat music) Because in this moment we were playing a well-organized and coordinated game, and it was a game with rules.

And the main rule was, keep the bandana away from the slow pokes, all while being good natured and fun. Have you ever seen a dolphin smile so big? Look at that. I just can’t grab it. What’s most amazing about this is that this is the kind of thing that you do with friends, not with wild marine mammals.

But under that mysterious deep blue surface, in a region once thought to contain the mythical fountain of youth, the spark of intelligence and friendship was clear to everyone present. I had never experienced anything like this in my entire life.

And the game played on. In fact, it went on for a while and we chased around that bandana as hard as we could. And when we began to slow or show signs of fatigue, the dolphins initiated contact with us, almost like saying, good job human, you’re holding your own down here and we appreciate your effort, now let’s keep playing.

But ultimately this wasn’t our playground. This was the ocean.

This was their playground, and as hard as we tried, we just couldn’t keep up. And eventually we became flat out exhausted. And then, as the sun set, our new friends said their goodbyes and swam back into the abyss. And would you believe it? They were even nice enough to give back my bandana.

I’ll take that, thank you very much. That was so cool (laughing). I never thought swimming with dolphins could be so amazing, but today was quite possibly the coolest thing we’ve ever done. – [Guy With Blue Snorkel] (laughing) That was awesome. – Dude, nice job!

There it is, I successfully got my bandana back but wow, what an epic day. Swimming with dolphins off the coast of Bimini has to be one of the coolest things we’ve ever done, and certainly something I’ll never forget. I’m Mark Vins, be brave. Stay wild. We’ll see you on the next dive.

We’d like to extend an extra special thank you to Jonathan Bird, the Blue World dive team, and the crew of the Dolphin Dream.

They truly made this expedition the memory of a lifetime. If you enjoyed swimming with dolphins, make sure to go back and watch the time we went on our first ever night dive and got up close with a lemon shark. And don’t forget, subscribe and click the notification bell so you can join me and the crew on the next Blue Wilderness adventure. (wolf howling).

Underwater Scape is a participant in the Amazon Services LLC Associates Program, an affiliate advertising program designed to provide a means for sites to earn advertising fees by advertising and linking to Amazon.com